Apart from beach holidays and children’s playgrounds, we normally encounter sand in a much less conspicuous form: in the shape of quartz sand as construction material for buildings and roads or as raw material in the manufacturing of glass. When converted into silicon, quartz sand can also be used in the production of solar cells and in microelectronics. Quartz sand reserves in Europe alone are immense – and so are the quantities being mined, reaching multiple digits of millions of tons per year.

With the sculpture Treasure, Canadian artist Michel de Broin (* 1970) will build a monument to this natural resource and its unique potential. At the same time, his work also addresses the relationship between usage and waste: at the Silbersee, de Broin will experiment with the resource from which the lake itself was formed and expand it out of all proportion. Taking the unremarkable shape of a grain of sand as his starting point, de Broin reworks it sculpturally, multiplying it to an almost obscene size and decorating its surface with mirrors. During the exhibition the grain of sand – enlarged in scale of 1000:1 – emerges, glittering above the surface of the waters of Silbersee, reflecting the water, the clouds and the sun in all directions. When viewed against the light it resembles a fata morgana, with the sculpture appearing as if it might change shape, become fluid and hover above the lake – not even Karl May could ever have imagined a more beautiful Treasure of the Silver Lake.

The installation Tresaure was developed as part of the exhibition Ruhr Ding: Klima and was on display from June 2—June 27, 2021 at Silbersee II in Haltern am See. 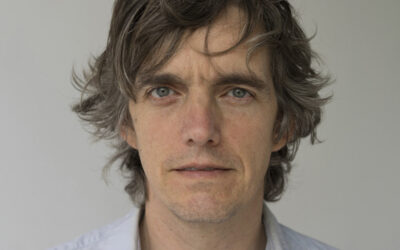 Michel de Broin works at the interfaces of art, technology, and physics. His interdisciplinary practice is based on an artistic-scientific exploration of productivity, consumption, and waste.