Kasia Fudakowski’s conceptual works of art follow strict, self-imposed rules, usually developed and expanded by the artist over a period of several years. This gives rise to subtly humorous series that showcase global issues and the absurdity of certain societal norms. In Fudakowski’s ever-growing science-fiction film project Word Count, with numerous short episodes produced since 2016 at various locations, spoken words are a precious resource; their use is limited to 433 words a day (referencing John Cage’s silent music piece 4’33’’. In different episodes, the serie—wrapped in dystopian fiction—renegotiates the conflict between compliance with the law and communication as a need or necessity. On a different level, it reflects on the scarcity of resources on Planet Earth.

For Ruhr Ding: Klima, Fudakowski filmed a new Word Count episode: The Errant Professor plays at various Ruhr region locales, such as the Silbersee, a lake near the town of Haltern, or the Ruhr University in Bochum. All episodes in the series will be shown during the exhibition taking place at the Blumenthal coal mine, in the former washrooms for higher-up employees.

Alongside this new episode, Kasia Fudakowski developed a new piece for the Silbersee II, based on her long-term project Continouslessness begun in 2011. Continouslessness is composed of various elements resembling screens that were created in recent years in the scope of invitations to different art institutions; they may stand alone or be combined to create a large installation. Her project Climate Changing Room consists of five rounded arches in the form of a dressing room, positioned along the boundary between the regular beach and the nudist area. Welded from tubular steel, the ornamental frames have a few movable fig leaves that can be aligned to minimally cover intimate areas. 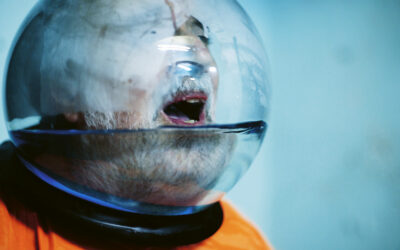 In her film series “Word Count”, Kasia Fudakowski creates a dystopian world in which the right to communication is fundamentally curtailed in order to avoid a climate disaster. 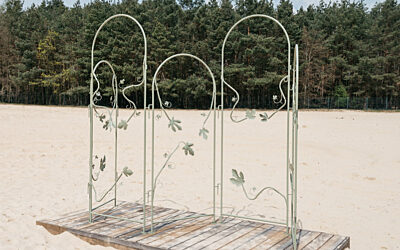 The recurring disputes between ‚regular‘ and nudist bathers around the boundary between their two sections of beach provided Kasia Fudakowski with the inspiration for her work. 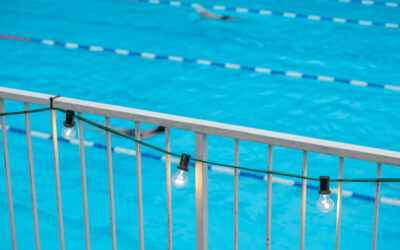 Keep your head above water or go swimming with your ideas? This time, the Wandersalon is about swimming and failure – and all the other associations that the phrase suggests.