Originally trained as a conductor and composer, Ari Benjamin Meyers explores in his work various modes of performance, production, and perception in relation to music. He transposes his compositions into the exhibition context in order to subvert the social, institutional, and performative structures that define musical performances. Internationally exhibited works such as The Art (2016), and the related temporary formation of a pop band, or Symphony 80 (2017), in which 80 musicians of a symphony orchestra move individually through a museum in a durational performance, question the usual performance conventions of music and thus also change the relationship between performers, musicians, and spectators. The same is true for Staatsorchester, a composition for street musicians, or Kunsthalle for Music (both 2018). Meyers has often worked collaboratively and has realized a number of joint projects in the past with artists such as Tino Sehgal, Anri Sala, and Dominique Gonzalez-Foerster, as well as with bands such as The Residents, Chicks on Speed, and Einstürzende Neubauten.

At Ruhr Ding: Klima, Meyers will present the sound and spatial installation Forecast in the city center of Gelsenkirchen, an adaptation of the first part of his music theater performance of the same name, which he has been working on in various versions since 2020. Forecast deals with the phenomenon of weather forecasting and takes this as a starting point for reflections on the need for predictability and the role of humans in climate change. 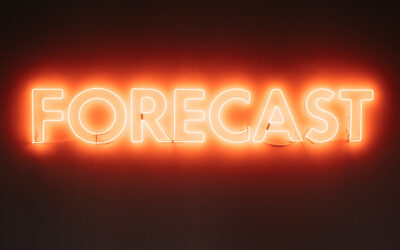 In a Gelsenkirchen shop, visitors will hear the sound and text composition Forecast by Ari Benjamin Meyers, an adaptation of his music theater performance of the same name.